Fabio Sacchetti and Vera Quinlan represented INFOMAR at the CARIS 2014, 'Developing the Blue Economy', user group conference.
Caris is one of the largest developers of hydrographic software solutions and it is used by most of the hydrographic organisations around the world.

The conference was held in Brest, one of Europe's main centres of marine science and technology and recognised as a centre of excellence in marine research, education and hydrography.

The main theme of the conference focused around our oceans and seas, one of Earth's most valuable natural resources and major contributors to the world economy. Over 90 per cent of global trade is transported by sea and a wealth of resources can be found within its depths including food, minerals and energy. The health of our oceans and seas is critical in developing economic sustainability, yet our oceans still remain largely unexplored. Hydrography plays a significant role in sustaining our oceans, underpinning an ever-increasing list of activities which include coastal zone management, marine spatial planning, ocean science, offshore energy, environmental monitoring, tourism and many more.

Over the years, INFOMAR has developed a world-leading reputation in seabed mapping including methodologies, human capacity, know-how and physical infrastructure. Within this context, it was crucial for INFOMAR to have a strong presence at the Caris event in order to share experiences, talk with industry leaders, drive the direction of future software development and hear about the latest technological advancements. 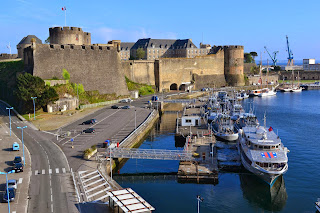 
Over two hundred delegates from European and US hydrographic offices, academic and research institutions attended. INFOMAR delegates Fabio Sacchetti and Vera Quinlan manned a stand detailing the seabed mapping that is ongoing within the program and fielded many questions on how we have managed such a successful campaign. 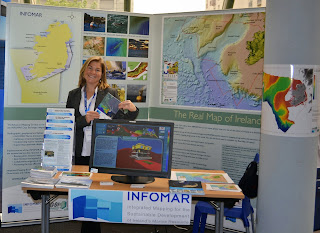 Fabio presented a talk 'INFOMAR - A foundation for Harnessing our Ocean Wealth'. 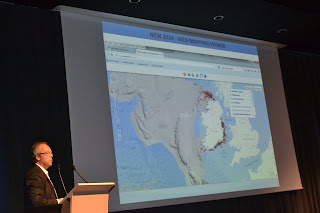 In addition, Fabio also presented two research posters focused on glacial geomorphologies of the Irish seabed and sediment mobility on the coast of Northern Ireland derived from INFOMAR surveys. 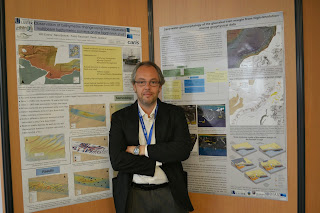 Preceding the main event, two days were spent sharing ideas and concepts. Future software enhancements were discussed, argued and agreed upon through both the user group meetings and boot camps hosted by CARIS. Many valuable contacts were made which were mutually beneficial both to INFOMAR and the hydrographic, academic and research institutions involved in seabed mapping worldwide.