From 18th June to 21st July 2013, INFOMAR vessels operated by the Geological Survey of Ireland (GSI) carried out survey operations in Dingle Bay. This seabed mapping extended multi-beam coverage that had previously been acquired by the Marine Institute (MI) in 2009. During that survey leg, the MI research vessel Celtic Voyager mapped the bulk of the deeper waters of the bay.

The GSI vessels R.V. Keary, M.V. Cosantóir Bradán and R.V. Geo finalised the seabed map by focusing their efforts on the shallower waters along the coast, along with surveying areas of seabed around the islands of Great Blasket, Inishnabro, Inishvickillane, Tearaght and Inishtooskert. The figure below shows the extent of each vessel's survey leg, including the 2009 leg operated by the R.V. Celtic Voyager. 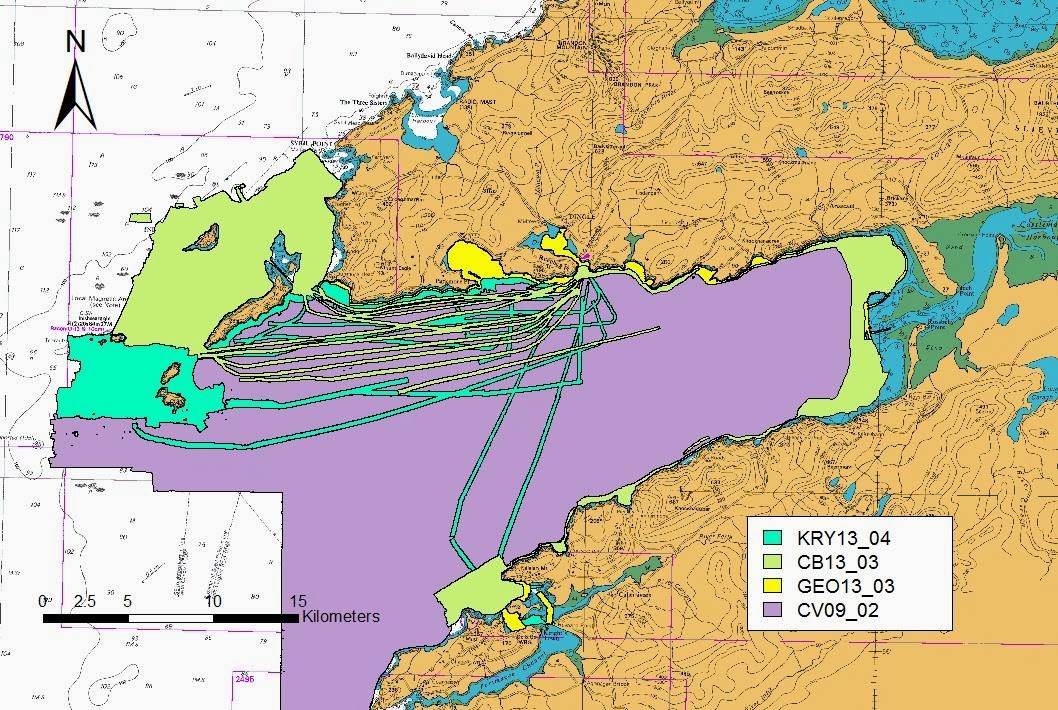 The M.V. Cosantóir Bradán and the R.V. Geo began surveying in late June, with the R.V. Keary joining the operation in early July. The Cosantóir initially focused her efforts on mapping the waters off the coast of Inch and Rossbeigh beaches in the inner bay, while the Geo mapped the shallow waters of Ventry and Dingle harbours and a narrow strip running along the northern coastline of the bay. Once her operations in the inner bay were complete, the Cosantóir mapped a large area of seabed around the Great Blasket and Inishtooskert islands, along with an area to the north of Valentia Island. Once the Keary was on site, she carried out survey operations off the coast of Coumenole Beach and an area of seabed around the islands of Inishnabro and Inishvickillane. Both vessels mapped either side of Tearaght Island. The R.V. Geo also carried out mapping north of Valentia island.﻿

For further information on the survey vessels operated by the GSI and the MI, see http://www.infomar.ie/surveying/Vessels.php. Below are images of the three GSI vessels that took part in this survey: 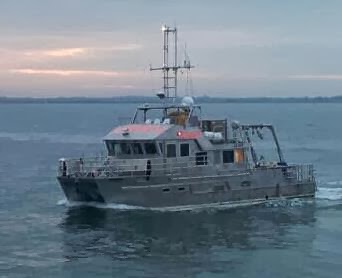 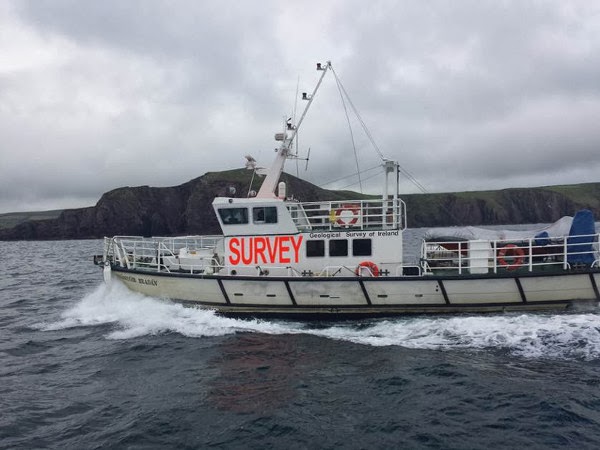 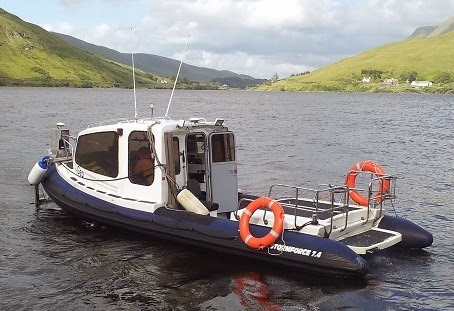 Below is a series of images detailing the bathymetric data (water depths) acquired during the 2013 Dingle Bay Survey. Note that this data is still in the process of being finalised and checked for errors and therefore contains some inaccurate depth information. The units of the colour scales are "metres below LAT" (Lowest Astronomical Tide) and are included to give an approximate impression of water depth.

Several areas mapped were found not to agree with existing nautical charts - notifications of these hazards were sent to the United Kingdom Hydrographic Office for the purposes of chart corrections. 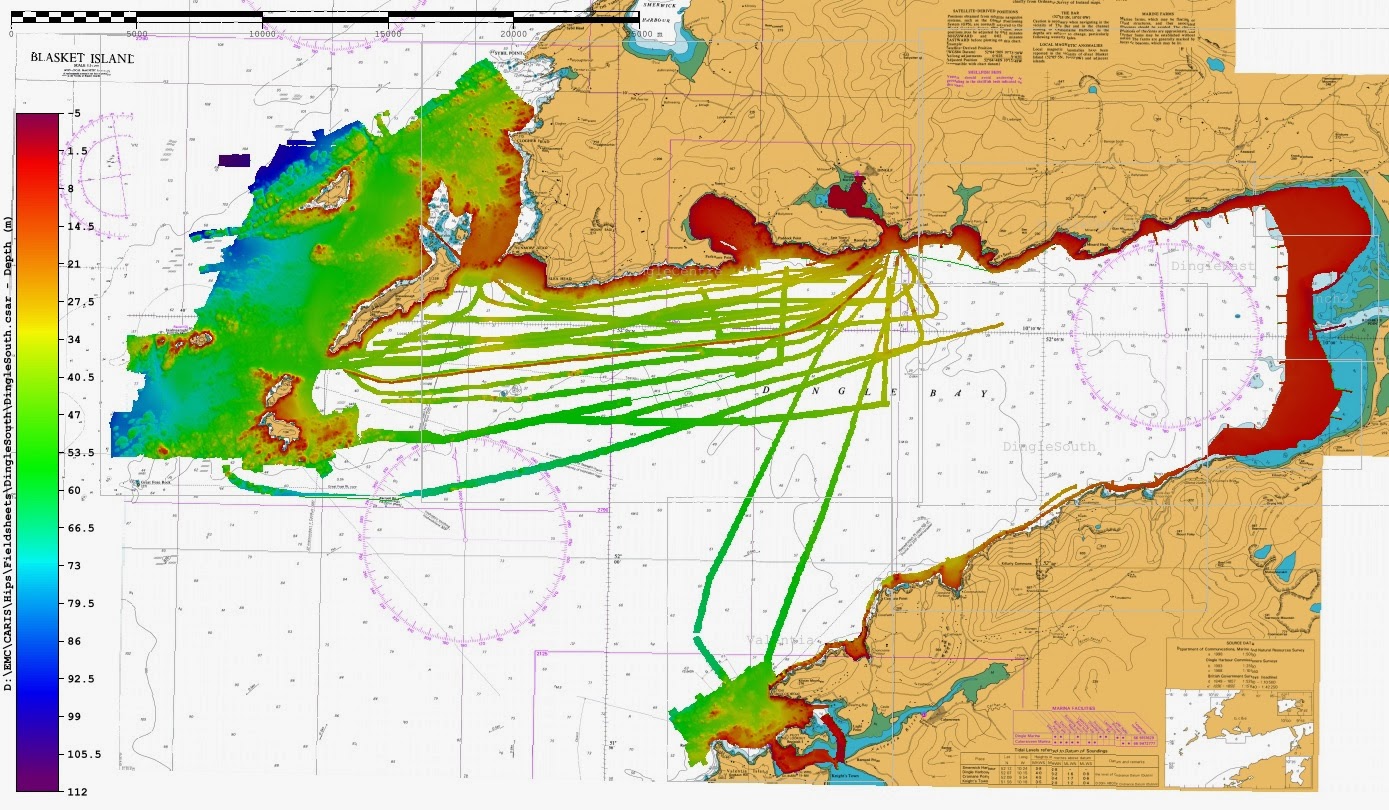 Note the survey lines crossing the middle of the bay - these were mapped while the vessels were in transit to and from their survey areas around the edges of the bay. This data can be compared with Celtic Voyager data in the same areas for the purposes of quality control. 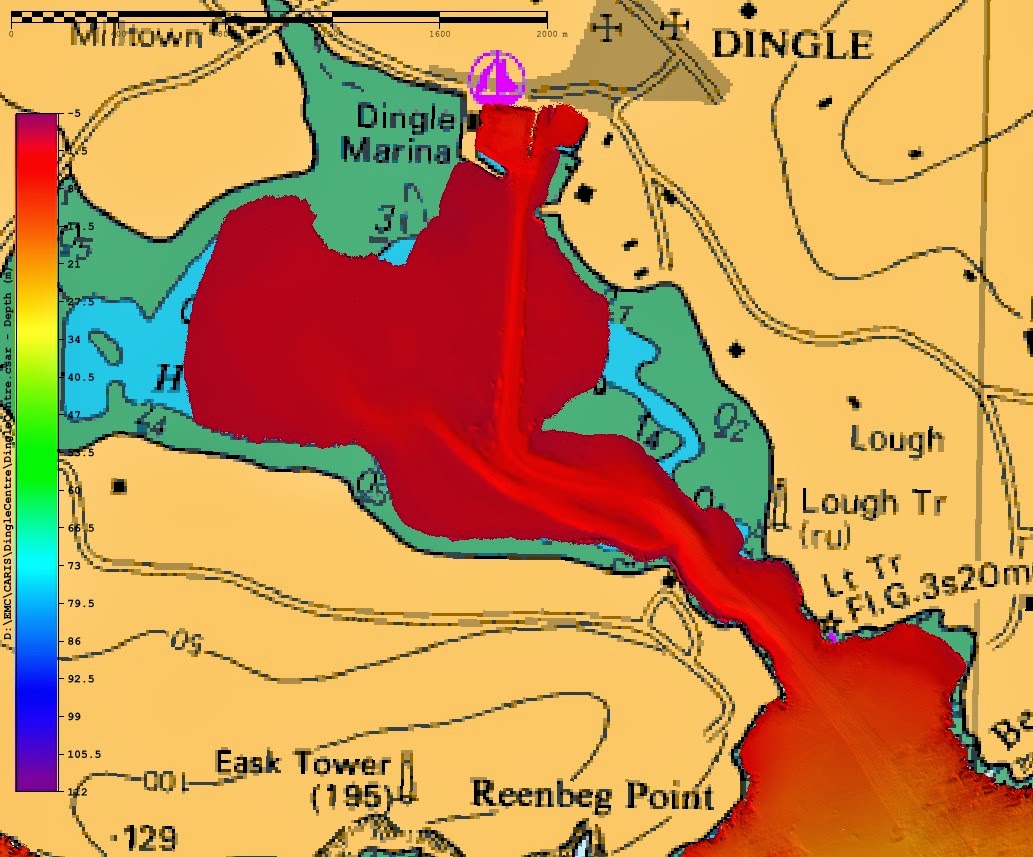 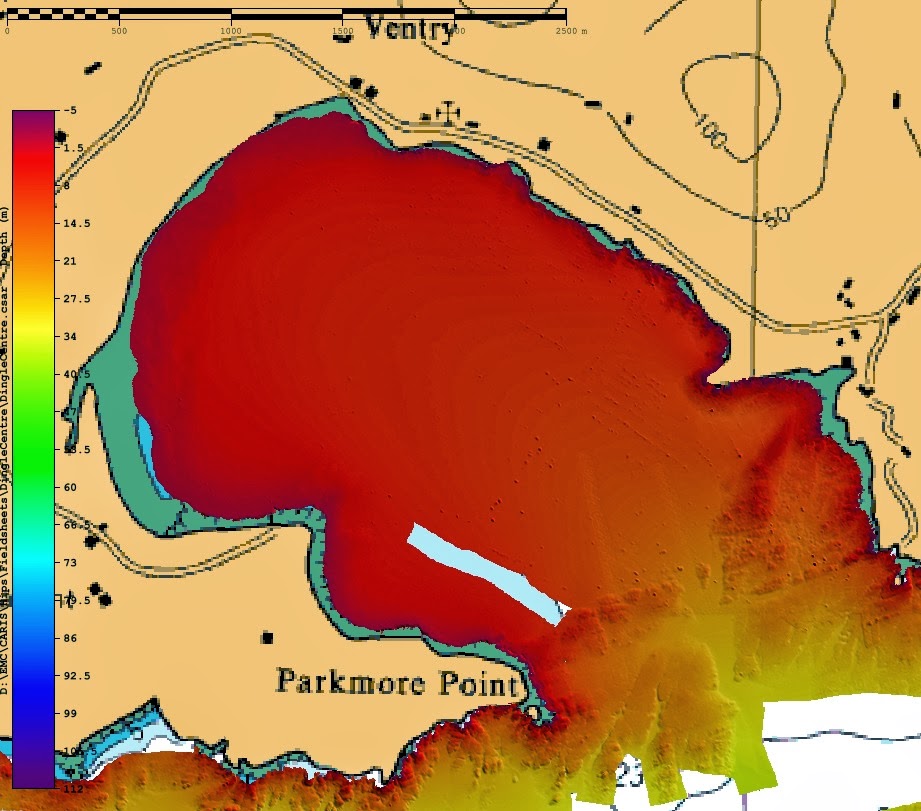 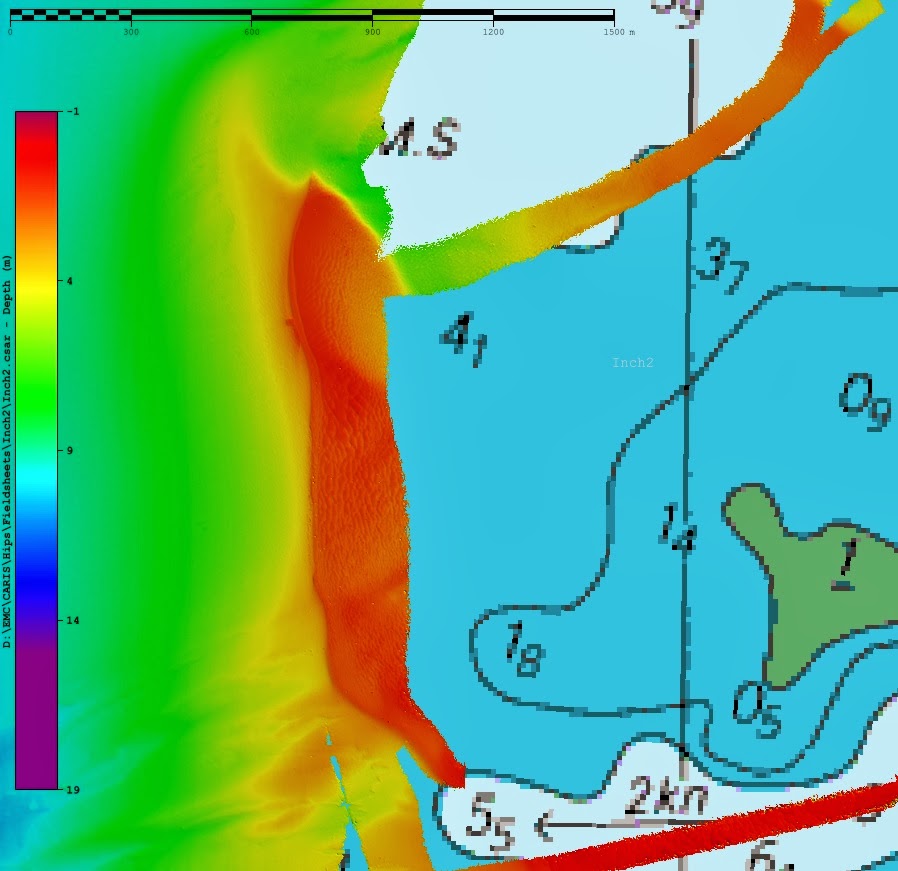 Shallow bank off the coast of Inch (note: this image uses a different colour scale range from the other images) 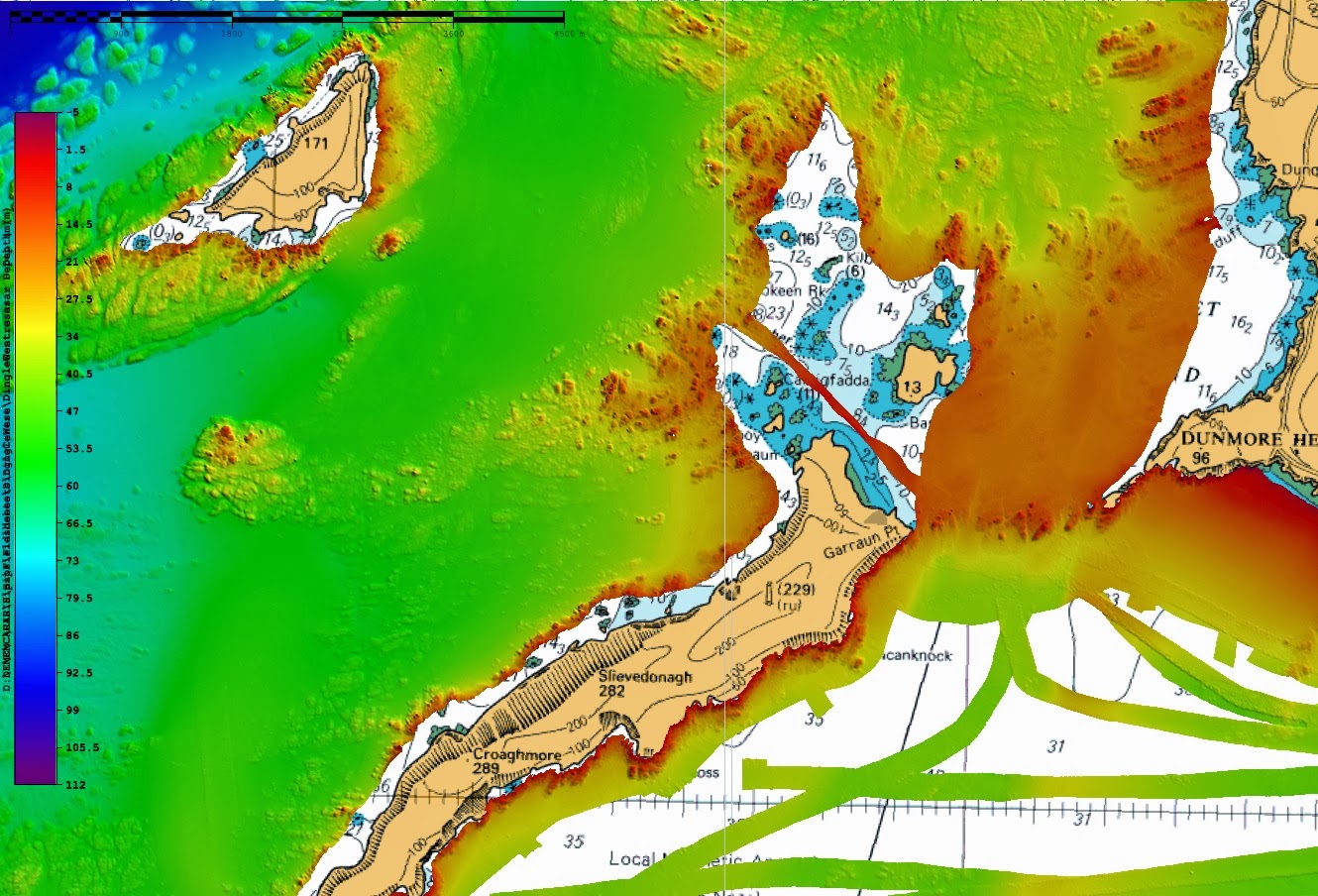 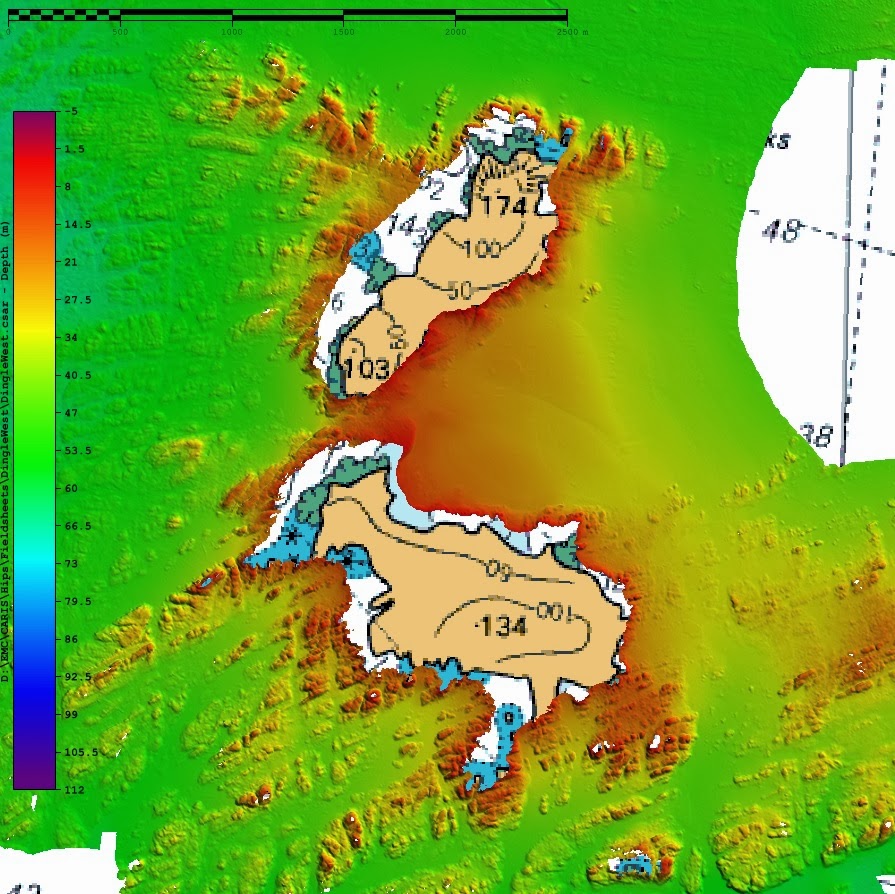 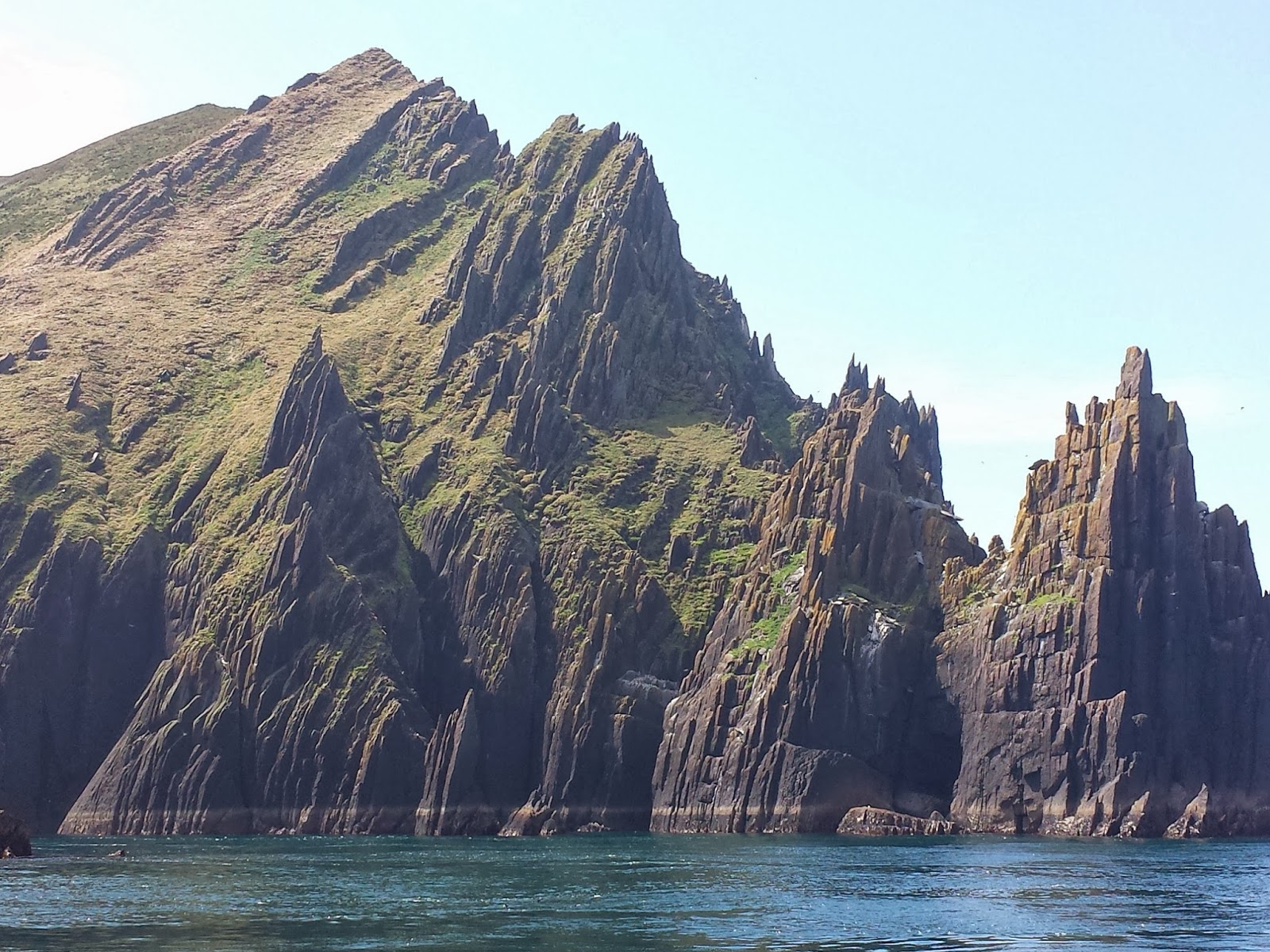 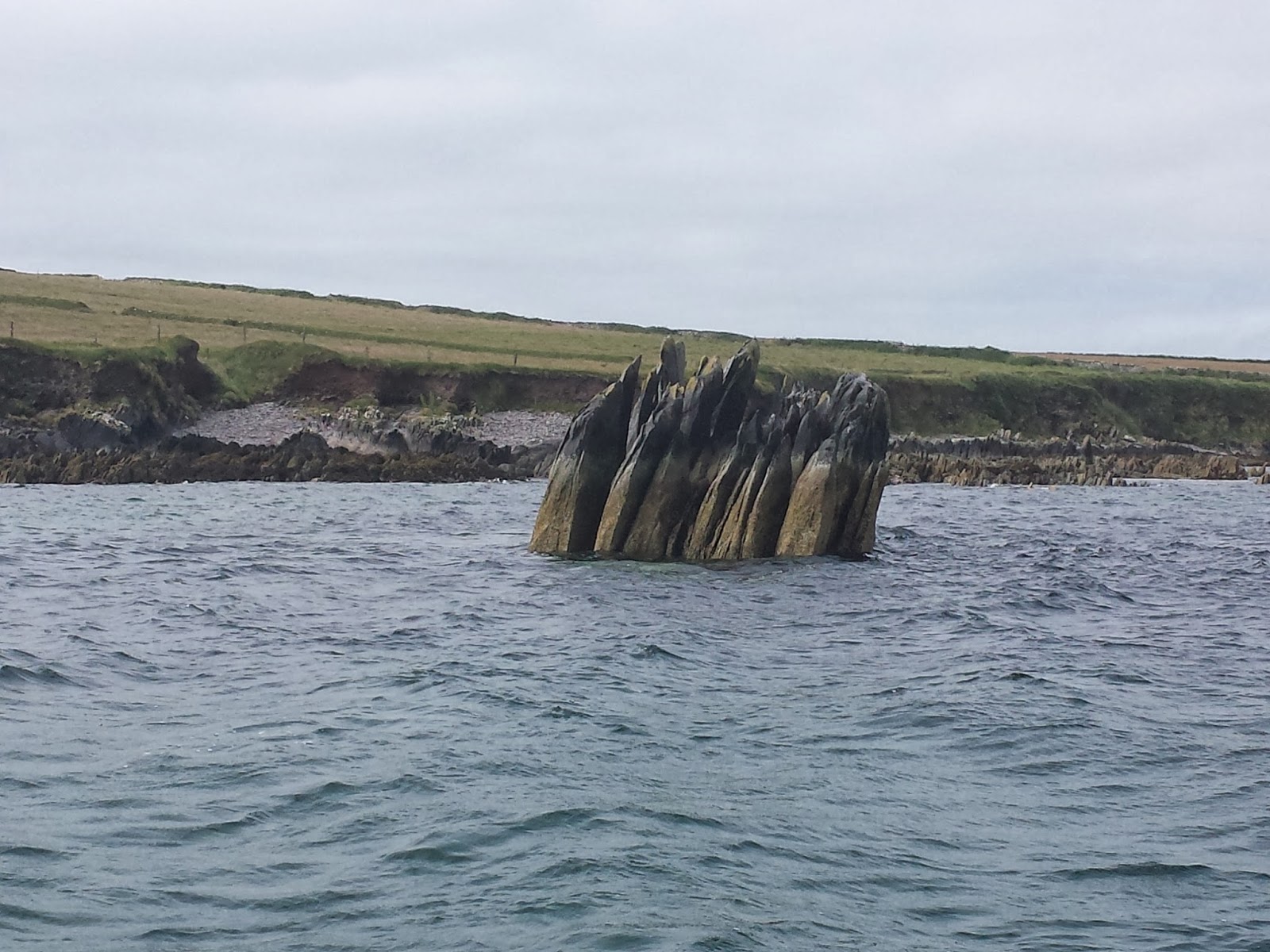 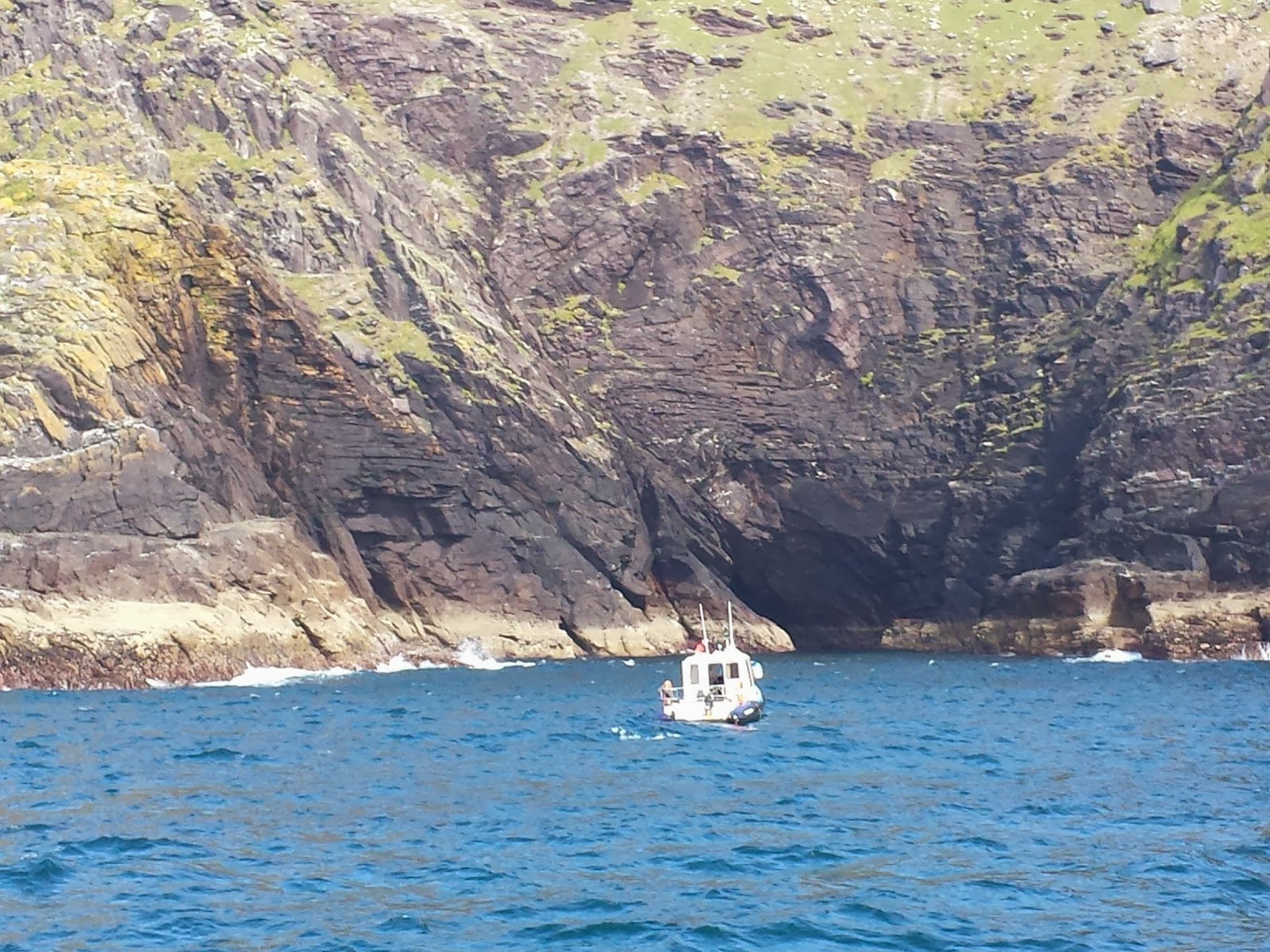 R.V. Geo surveying near the cliffs of the Iveragh Peninsula