The RV Keary’s first INFOMAR survey leg of 2011 took place in Waterford Harbour, starting in mid-April and finishing in mid-June. INFOMAR is a joint research program between the Geological Survey of Ireland (GSI) and the Marine Institute (MI). The campaign focused on mapping the navigational channel in advance of the Tall Ships Festival at the end of June, with mapping of the shallower areas along the river banks and shore being carried out by the GSI's 7.5m RIB, RV Geo. This was the first time that both vessels have worked in tandem, and this proved to be a very effective approach to mapping an area of seabed from deeper waters right up to the shoreline.

The survey area itself contained an existing dataset that was mapped by the RV Celtic Voyager in 2007, which provided coverage of the harbour approaches from the 10m contour to greater depths offshore (first image below). Both the RV Keary and Geo overlapped their coverage with this previous dataset, producing a comprehensive and seamless seabed map of the area (second image). 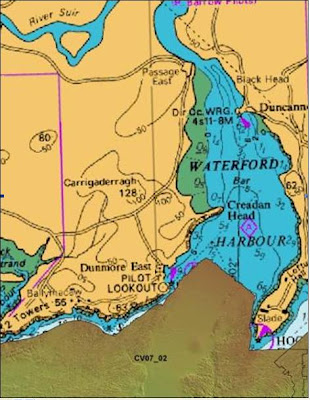 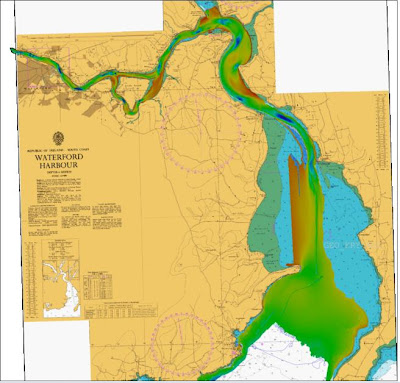 Waterford Harbour proved to be both an interesting and challenging environment to survey given the complex currents and steep waves which resulted in challenging sea states in even the calmest of weather. Complicated current patterns and hidden shoals required great skill on the part of the skippers to safely navigate the estuary from Rice Bridge to the harbour mouth, at times needing to manoeuvre the vessels through swirling whirlpools and shifting eddies. Some of the survey lines were run with the vessels “crabbing” sideways against the powerful river and tidal currents that attempted to push them off course. In addition constant changes in salinity and temperature brought about by the interaction of fresh and salt water required that regular sound velocity profiles (SVPs) were carried out. The SVPs were necessary because the sonar systems used to map the seabed measure the travel time of sound waves through the water. As water temperature and salinity differ from within and between survey areas, so too does the speed of sound. Therefore these effects must be corrected for in order to accurately map the seabed. The SVP data were acquired by lowering a probe into the water column, measuring the temperature and salinity of the water and therefore providing the survey team with a record of the sound velocity profile in a given location at a given time (the water column structure can also change over time). By conducting regular sound velocity casts in Waterford Harbour, the team ensured that the final dataset would require minimal processing to correct for errors created by the complicated water structure. The advantage of acquiring this data is that the information gathered during the survey constitute a unique dataset which can have additional use in the study of the local oceanography of the area.
The seabed area surveyed yielded a host of interesting patterns and features, all of which were captured in detailed 3D imagery by the Keary and Geo’s state of the art mapping instrumentation - not the least of these was a 60m shipwreck discovered opposite the marina in Waterford city. This vessel is believed to be the cargo ship the S.S. Harvard, dating from 1870, and now embedded in a scour feature in the river bank. In the top-left corner of the image below, what may be a spar is visible jutting out from the bow, which could show that this was a sailing vessel. She ran aground on Cromwell’s rock while attempting to anchor. At the time she was transporting a cargo of copper ore and oranges from Huelva, Spain to Liverpool, United Kingdom. The second image shows a 3D view of the Harvard wreck, with the river bank rising on the right of the image. 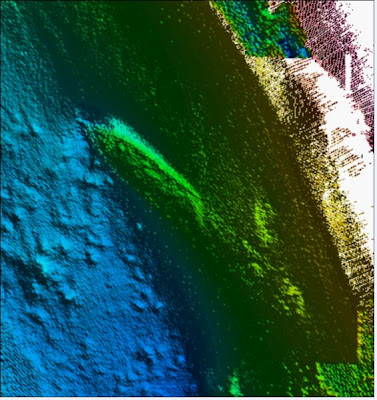 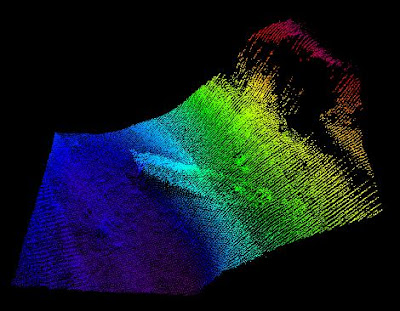 Below is an image of a possible pipeline running across the main channel in the harbour mouth. The purple boundary on the chart background is a “no-anchorage” zone that has been marked out to enclose the pipeline’s possible location. Following the Keary’s survey, a feature that may be the pipe is visible in the imagery below (marked with a red arrow). 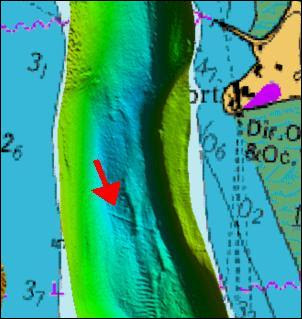 Other interesting seabed features include possible sand waves generated by the currents, scours that may have been carved out by circulating eddies and prominent outcrops of bedrock. These rock outcrops are interesting as they may be sheets of igneous rock that were intruded into the surrounding sedimentary rock many millions of years ago – otherwise known as igneous “dykes". They have been found elsewhere in this region by geologists mapping onshore.

Along with being interesting from a geological perspective, these rocks could also pose a serious hazard to navigation if a vessel were to venture away from the main shipping channel. Below is a series of images of the features mentioned above.


"Maulus Rock", a possible igneous dyke. The top half of the image shows the rock enclosed in a red rectangle, while the bottom half shows it in profile, 3D view. 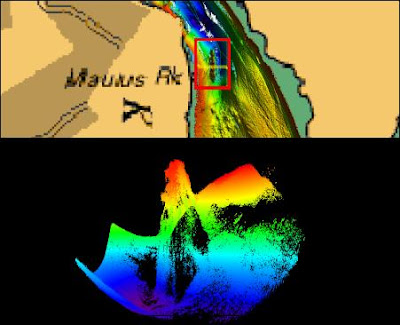 Scours on the river bed 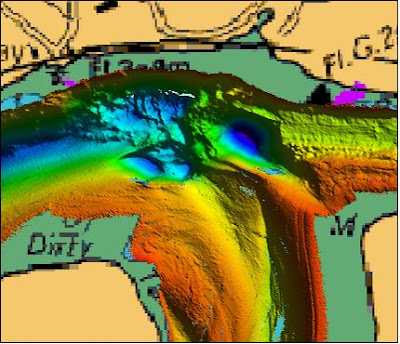 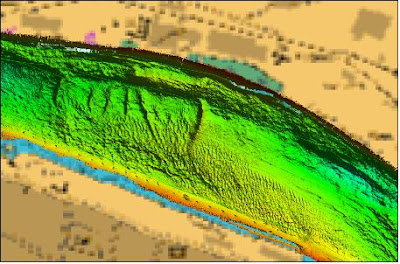 Shoals and deeps where the river Barrow (top-right) meets the river Suir. 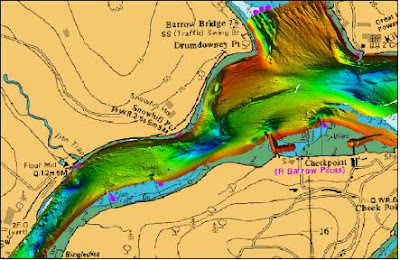 Below is a series of images of the two vessels at work in Waterford Harbour. The first image shows the RV Keary and RV Geo arriving at Dunmore East. 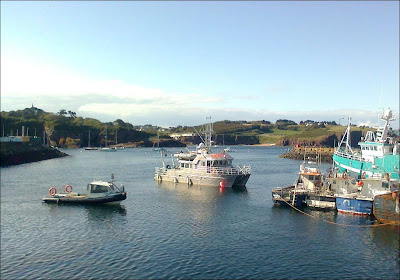 An aft view of the RV Keary, showing the A-frame which is used to deploy sound velocity probes to measure ocean temperature and salinity. 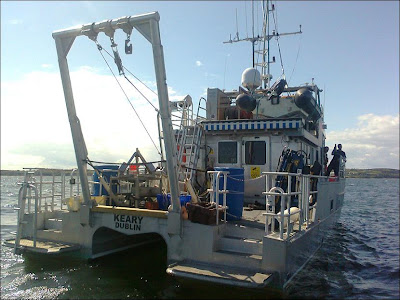 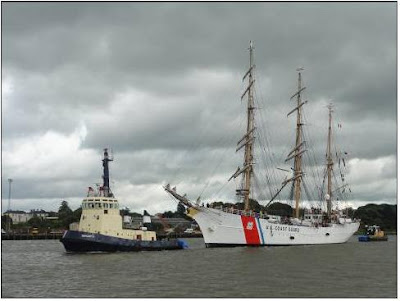 The first of the tall ships arrives in advance of the Tall Ships 2011 festival.